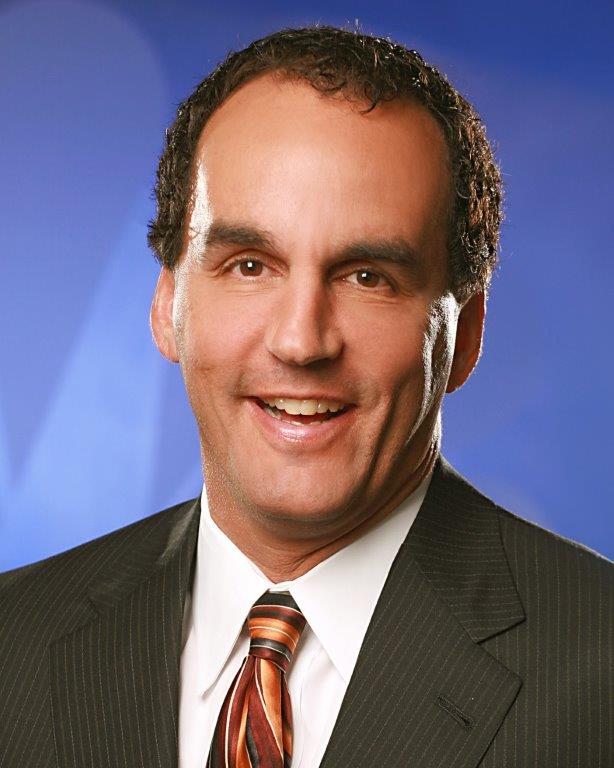 Kevin is both a Children’s author and an award-winning Meteorologist. In June 2017, Kevin received his sixth Emmy award from the Southwest Region of the National Association of Television Arts and Sciences. It was his 14th nomination for his on-air work. He has won a “Best Weathercast” award from the Associated Press, “Best On-Air Personality” and seven “Best Weathercaster” awards from Las Vegas’ Electronic Media Awards, plus several mentions in the Review Journal’s “Best of Las Vegas” annual edition.

In May 2007, his children’s book, “Deputy Dorkface; How Stinkville Got Cleaned Up” was first published. The book is based on a bedtime story Kevin told his children about a town where nobody takes a bath. The series now includes many award-winning books and “The Deputy Dorkface series” has been named among the best in media,” …from Mom’s Choice Awards.

Each year, Kevin, visits nearly 100 schools sharing his stories, the importance of reading, and taking the students on an interactive journey through the publishing process. On the weather side, Kevin has been responsible for building the Neighborhood Weather Network, which placed weather stations, cameras and provided curriculum in meteorology in over 100 schools throughout the region.

An avid tennis enthusiast, Kevin is often found on local courts. And… to add a little looks forward to that week each Spring traveling to the Plains to chase tornadoes. Kevin is married to Terri, who is the CEO for the Grant a Gift Autism Foundation, and has a daughter, Taylor, and son, Colin. Kevin Janison is a native of Los Angeles where he attended Fairfax High School, then California State University, Northridge.

Happy St. Valentine’s Day and welcome to all the spouses, boyfriends and girlfriends!  We thank you for sharing the love of your life with us each week at Rotary.

We celebrate Valentine’s Day in memory of Saint Valentine of Rome.  Historians believe that St. Valentine was martyred on February 14, 269. St. Valentine is believed to be the former Bishop of Terni, Narnia, and Amelia.  St. Valentine was arrested for converting people to Christianity and for marrying them.  St. Valentine was sent to Rome under the emperor Claudius Gothicus (Claudius II).  Claudius II had forbidden marriages because he believed that he was having trouble raising armies due to the men’s attachment to their wives and children.

While in Rome, St. Valentine attempted to convince Claudius that Christianity was a valid religion. Claudius II rejected St. Valentine’s overtures and instead sentenced St. Valentine to renounce his faith or be beaten with clubs and beheaded.  St. Valentine refused to renounce Christianity.  The sentence was carried out on February 14, 269, although there is some disagreement on the year of his martyrdom.  Legend has it that while in jail, St. Valentine left a farewell note for the jailer’s daughter, who had become his friend, and signed it “From Your Valentine.”  Legends vary on how the martyr’s name became connected with romance.

What is known is that St. Valentine was martyred on February 14 and that in 496 Pope Gelasius marked February 14th as a day of celebration in honor of his martyrdom.  Valentine’s Day has grown into a date for exchanging love messages, poems and simple gifts such as flowers.  If you are lucky enough to have your loved one with you today, give them a hug and a kiss.

PP Jim Tucker was presented by Cindy Fox with 2 VIP winning tickets to the upcoming “Firebird!” Ballet at the Smith Center.

PP Jim Hunt promoted the upcoming Cigar Fellowship at his home on Mar. 15, for an early St Patty’s Day. Get your green beer there.

PP David Thorson reminded us of the upcoming Wetzel Awards on Feb. 28.

Marie Walsh updated us on the upcoming Breakfast with Books.

Jaimee Goldsmith started the meeting with an Invocation.

Gina Gentleman missed the Joker but was rewarded with a Million Dollar Rotary note and a $10 bill.

Captain Kirk was joined for lunch by his Mother. Love ya Mom.

Bill Stieren presented a grant for $988 to Trista Miller and Michael Elliot of the Al-Maun organization for their chess program for youth.

Bill Houghton brought us up to date on available spots for RYLA and the need for facilitators.

At President Jim’s head table was our speaker Roy Kaiser and Cindy Fox of the Nevada Ballet.

Jaime Goldsmith led us in song with “God Bless America”.